TQL Stadium is the first venue in Major League Soccer to leverage this combination of game-changing turfgrass technology. Motz installed their proprietary AirPATTM system: a rootzone management solution that wraps the entire field with a watertight liner and uses a unique vacuum/ventilation system to create a perfect growing climate for the grass plants. The grounds manager can select water conservation, gravity drainage or enhanced vacuum drainage to maintain target moisture levels and can actively force air up through the rootzone to optimize gas exchange, critical to healthy root growth. An innovative field warming system – a first for any sports facility in the U.S. – keeps the rootzone temperatures above freezing. The entire system can be operated through a touch screen controller, or remotely from a tablet or smartphone. The surface features EclipseTM, a championship-quality hybrid system of natural ryegrass and synthetic elements. Used at professional soccer and rugby venues around the world, Eclipse delivers outstanding surface stability and enhanced wear tolerance for year-round playability. A total of 84,600 square feet of Eclipse sod was installed, taking a 10-person crew four days to install and groom the field. From start to finish, the entire construction project took 14 weeks.  In addition, SGL Systems was selected to install seven commercial grow lights, each covering over 500 square yards of surface, which will augment natural sunlight to maintain ideal growing conditions for the field leading into the upcoming 2021 MLS season.

“Our goal with this playing surface was to provide a championship-quality pitch that exceeds MLS standards and best practices for player safety, playability, and aesthetics. The combination of turfgrass technology and products that we’ve compiled here will allow us to do exactly that.”

When TQL Stadium opens in Spring 2021, FC Cincinnati’s future home is expected to be one of the most ambitious soccer-specific stadiums in not only North America, but the world. Critically acclaimed firm Populous designed an innovative and forward-thinking stadium that will be one of the largest soccer-specific facilities in Major League Soccer. The $250 million, privately funded stadium will have a 26,000 capacity, with the closest seats within 15 feet of the field. The design includes 53 traditional suites and 4,500 premium seats throughout four premium club spaces. Additionally, the team’s famous supporters’ section, The Bailey, will grow to be more than 3,100 strong and loom over opponents at a 34-degree angle at the stadium’s north end. A 360-degree canopy roof will cover every seat in the stadium, but still allow sufficient sun in to grow a natural grass field. The stadium will have five team locker rooms, including a comprehensive team suite for FC Cincinnati that features a dressing room, coaches offices, lounge, equipment storage and the Mercy Health Center of Excellence for the team’s medical and game day fitness needs. West End Stadium will meet all current requirements to host CONCACAF and FIFA events, featuring top national teams from around the world, including the U.S. Men’s and Women’s National Teams, as well as the world’s top club teams for friendlies. | More information about the stadium is available at Twitter, Instagram and Facebook, or visit the stadium’s website.

As the team’s official sports field partner, The Motz Group has been working with FC Cincinnati since 2015. Over the years, they have built multiple playing surfaces still leveraged by the Club including those at Mercy Health Training Center and University of Cincinnati’s Nippert Stadium. The Motz Group offers an array of services to assist athletic venues with high-performance natural grass or professional-grade synthetic turf field projects, from conceptualization to completion of construction, and beyond. Internationally known and conveniently located in our hometown, Motz’s experience and accessibility makes them the perfect extension of our team.

The Motz Group has been building fields and building futures for over four decades. Driven by passion and quality, they’ve made their name designing and constructing innovative, performance-based sports field systems nationally and internationally. Athletes have competed on Motz surfaces in the NFL, MLB, MLS, NCAA, Olympics and World Cups. Their globally recognized products include the world-renowned hybrid turf system, Eclipse, and the comprehensive natural grass rootzone management system, AirPAT – both featured at FC Cincinnati’s TQL Stadium. Their custom line of synthetic turf products and expertise derives from the hundreds of fields in the north central United States that they’ve installed and maintained, most of which are still on the ground and in play today. Motz is an employee-owned company committed to constructing a solid platform that will further build a sports venue’s legacy. With project history spanning five continents and patents recorded around the globe, The Motz Group is the perfect sports field construction partner for any team. Learn more about The Motz Group by visiting: themotzgroup.com 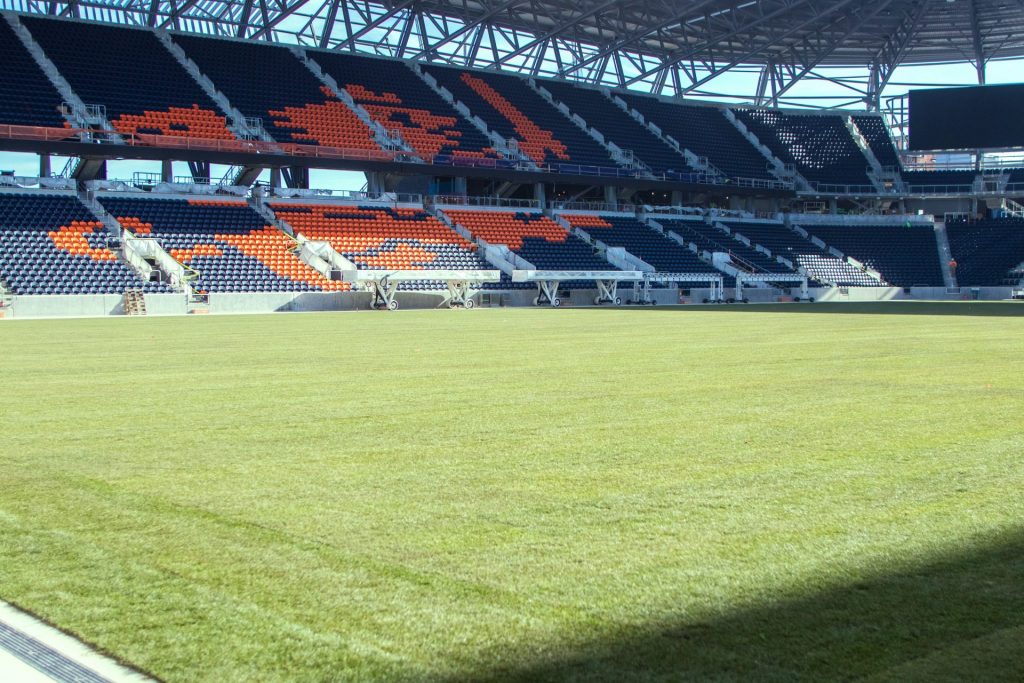 This article was created in collaboration with FC Cincinnati.