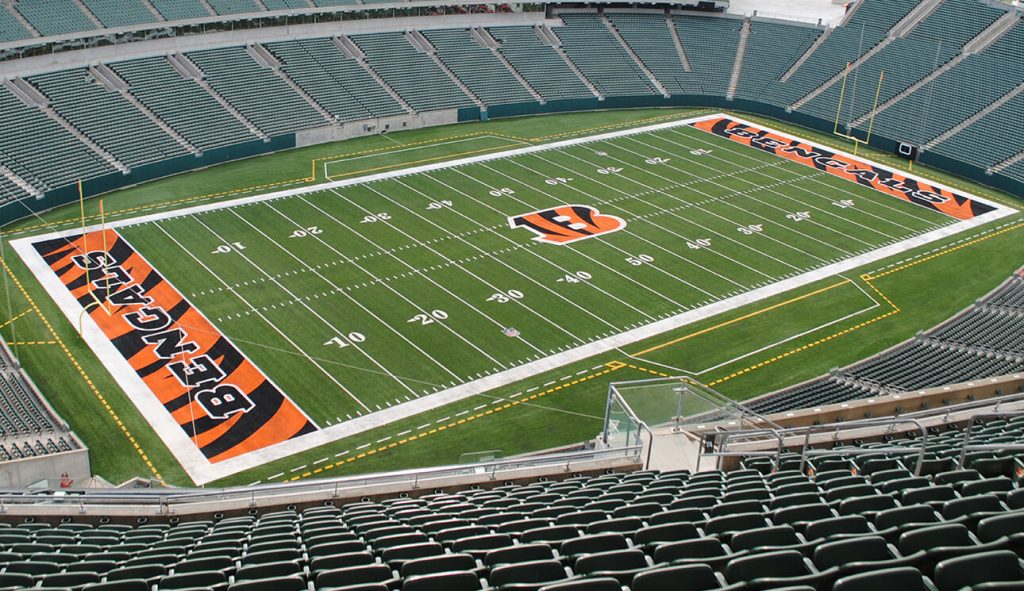 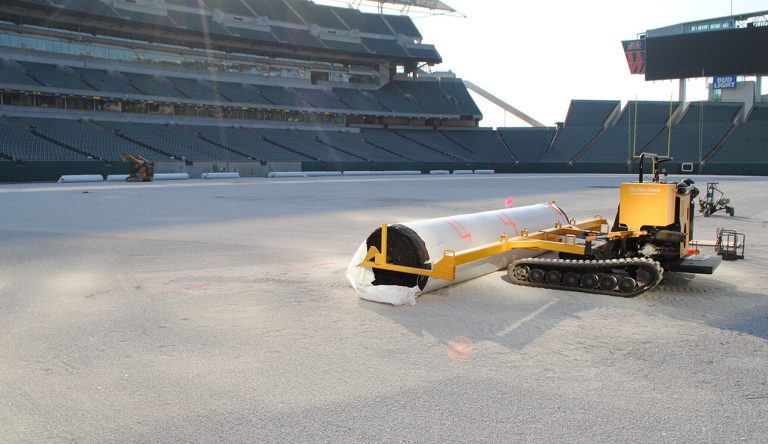 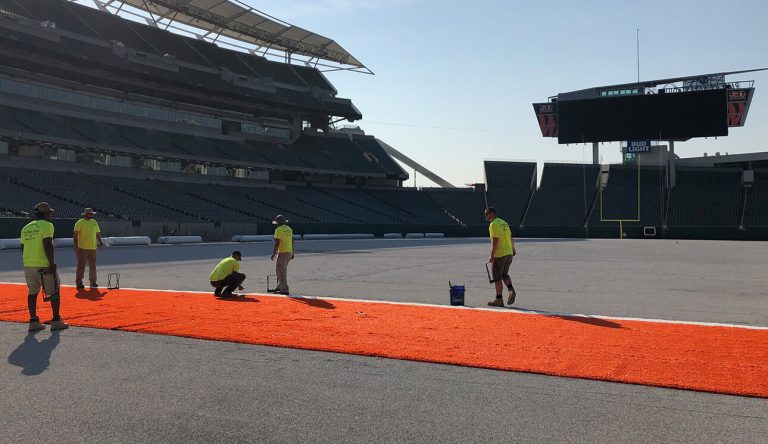 The Motz Group was called in to do a synthetic turf replacement for the Cincinnati Bengals’ game field at Paul Brown Stadium. Even though Motz has been a long-time partner of the Bengals, this would be the first time Motz equipped the team with a high-performance synthetic turf field. The work was completed in the early summer of 2018, in time for the upcoming NFL season. Motz began by removing the existing synthetic turf surface with proprietary equipment. Following this, performance testing was completed on the base and remediation measures were taken, leading to the addition of course gravel and laser grading, leveraging using Truescan 3D technology. The field featured an existing heating system beneath the base, requiring installation and configuration of conduits and fittings. Upon completion, Motz installed new synthetic turf, with sand and crumb rubber infill mixture.