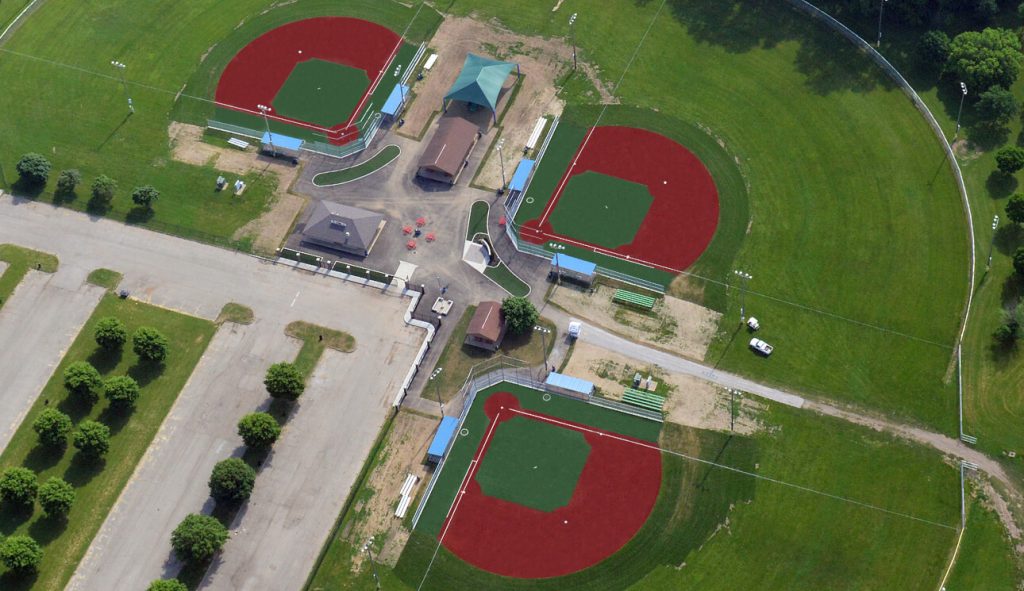 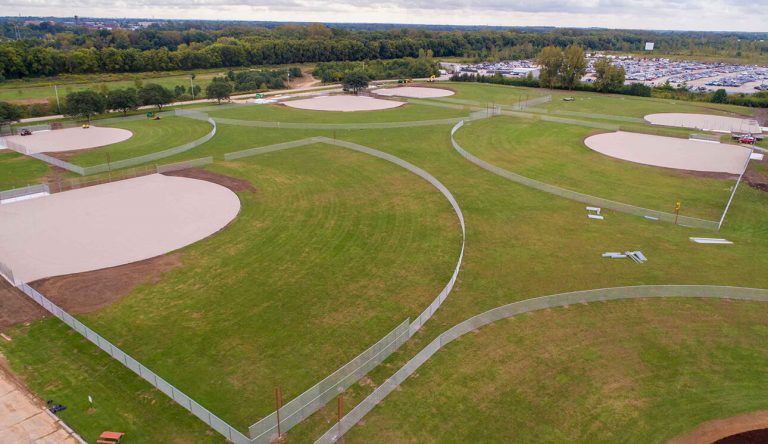 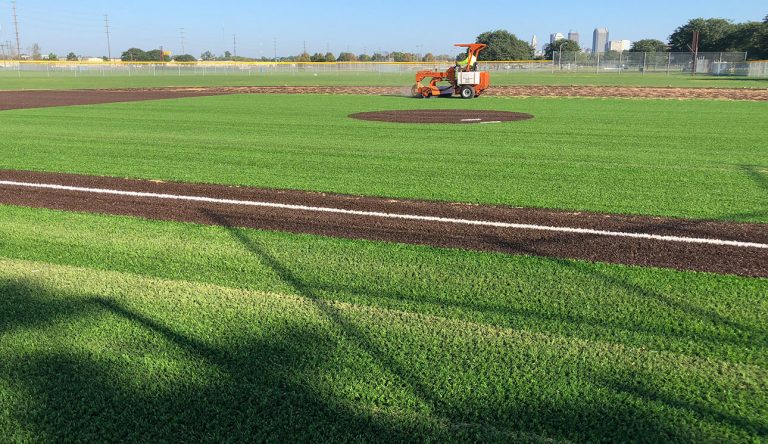 Columbus Recreation and Park project included the conversion of 20 dirt softball and baseball infields to synthetic turf infields. The infields were of three different sizes to accommodate various levels of play and competition. Work included excavation, concrete perimeter curbing, drainage and foundation stone, green (grass) and brown (clay) turf, new dugout slabs and covers, new chain link fencing, new foul poles. In an effort to address the issues surrounding infield clay maintenance and playability, the park installed four synthetic turf infields on a trial basis in 2010. Two years later, The Motz Group installed another four infields and in 2014 added three more. The parks department realized the ROI on their investment and in 2018 contracted with Motz to install synthetic turf infields on the remaining 20 diamonds. Work began in August, in the heart of their season, so the park was in full operation during the first three and a half months of construction. The fields being reconstructed were spread across the facility, with multiple access points and materials staging areas. This required careful planning to ensure the committed fields remained available and the site would be secured and safe over the weekends. This made for some digression of progress at times. The entire 20 field project took eight months to complete, including a harsh Ohio winter, regardless the finished product was delivered in time for the start of the 2019 season.